I’ve always been a light sleeper but never really had problems getting and staying asleep. Yes there would be the odd night every few months were I couldn’t get to sleep easily but that could be attributed to something going on in my life, new job, interview, etc.

Just over 4 weeks ago I found myself unable to sleep on a Sunday night, no reason for it – I was tired but I just couldn’t sleep. The hours drifted by as if someone had sped up time and before not too long it was time for work. I was exhausted but somehow managed to drive into work and make it through the day. The following two nights were fine and then after mentioning it to my doctor on a visit to find out I had low vitamin D levels on the Wednesday morning I suddenly found myself unable to sleep for the rest of the week. It was if something had suddenly triggered in my life, it was all very strange and out of the ordinary for me.

The weekend came and I found myself buying Nytol (the good variety) to help me sleep, Saturday was fantastic managing a good 7 or so hours sleep although that was probably more due to the combination of exhaustion and Nytol than anything else. I tried another tablet on the Sunday night hopeful of being in a good enough state to function in work the next day but sadly there was little effect and I found myself staring at the clock in the early hours of the morning. 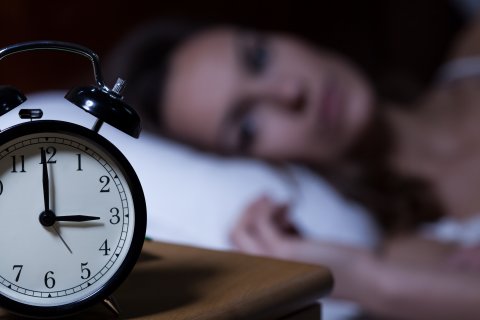 Monday, Tuesday, neither night gave me any ‘proper’ sleep, not that I knew of, it all felt like I was just dozing. In desperation I called my doctor for help and was prescribed Zopiclone for 7 days. I needed something as I was now struggling to form sentences properly and was concerned for mine and others safety whilst driving.

That night I slept like a baby, the best nights sleep I’d had since it all started. I knew this would only be temporary though, I was dreading coming off the tablets as I’d read it could make the insomnia worse at the end. The second and subsequent nights paled in comparison to that first night, it was if I was instantly immune to the tablets. The frustration was starting to build up now and I was very much in the cycle of becoming stressed about not sleeping. I was reading article after article trying to find the answer as to why this had happened and what I could do.

I went back to the doctors the day of my last tablet but didn’t end up seeing my own doctor – I told him what was going on, he immediately told me I wasn’t getting any more tablets they wouldn’t help anyway. He told me it wasn’t a medical condition and he couldn’t refer me anywhere instead printing me 8 pages of information on insomnia to go away and read – I left feeling like I’d just been ignored and pushed aside secretly hoping these 8 pages would be boring enough to send me to sleep!

The first night of not taking Zopiclone was aweful, with no sleep at all – now I realised how much it had been helping me even though it felt like it hadn’t.

The week that followed was extremely difficult, I was stuck in the circle of worrying about sleep that I would end up not sleeping. I’d get up and read a book, do a jigsaw puzzle or have some chamomile tea all in an effort to convince my brain that it should it should be going to sleep when I went to bed, but… nothing helped. I just ended up more tired.

Over the next 2 to 3 weeks we made changes and gradually there has been a slight improvement, it’s far far from perfect and still very different to what my regular sleep used to be like.  Just some of the things we changed are as follows:

I also stopped getting up when I couldn’t sleep instead preferring to stay in bed. This took away the anxiety about how long I had been awake for and how long I should be doing something else. In addition to this I just gave up caring about not being able to get to sleep – insomnia was not going to control me and I wanted to break the chains.

With the help of a Nytol tablet every 3 days I slowly started to get some level of sleep, even managing a dream one night! To me it always felt that I didn’t sleep at all but I am assured that I did so I’m pretty certain I’m not going into deep sleep but it’s enough to enable me take myself off of the Nytol. Yes it still takes a little while to drift off but it does eventually happen and I do feel slightly refreshed in the morning.

Over the month I have kept a sleep diary and today I returned to my doctor to discuss the situation. I mentioned melatonin levels, the relationship between vitamin D and insomnia and thyroid related issues – basically anything I had read about over the last month. I told him about my sleep diary, the changes I’d made and how this was all very much out of place for me. Again however it’s not considered a medical condition, I was offered different sleeping tablets something I refused for now instead preferring he rule out any underlying medical condition – one urine sample and blood test later and I will soon find out if it’s something else causing the problem.

So here we are as I await my test results with slightly better sleep but a drastically changed life to how I used to function. If my results come back normal then my next course of action will be to look into acupuncture and/or hypnotherapy both of which I briefly touched upon with my doctor.

I find it incredible that insomnia isn’t treated as a medical condition given that it affects so many people worldwide and can have such detrimental affects on peoples health and their lives. Clearly research and studies have been going on as to what causes insomnia but it just doesn’t feel like it’s taken seriously enough as opposed to other sleep disorders. Instead it’s left to the drug companies to cash in on the victim who will take anything in desperation for sleep.

I’ll post back with my progress as it happens especially if I end up going down the acupuncture/hypnotherapy route as I’ve heard they can be quite beneficial but if you’ve been through or are still suffering from insomnia then please leave a comment below and let me know your thoughts.